500 million / 560 million tokens have been issued.
It is the situation whether it exceeds 90%.

The way to participate in ICO is listed in DomRaider_ICO so please see it.

Why pay attention to DomRaider

There are several reasons I recommend personally.

In addition, the following content was stated by e-mail from the official.

KPMG France is a member firm of KPMG International, which has more than 200 offices in major domestic cities and provides advisory services including auditing, bookkeeping and payroll accounting.

The company audited by a third-party organization is It is one evaluation criterion in me.
If you are interested, why do not you join ICO?

After purchasing the token, I will give you a code to get 5% bonus if you enter.

■I want to be more motivated. Please click on the banner!! 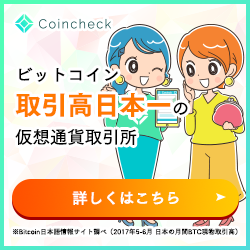 My name is doraenio, the administrator.
I am constantly striving to become a millionaire from money 0.
I will introduce you widely from make money to virtual currency trading, so please support me!

About this site Here

I will introduce know-how with the theme of “easy to understand”.
Please contact me if you have any questions.